For those of us who have made aliyah, it is our first exposure to meat from the part of the beef forbidden to us by edict. It appears on menus in upscale restaurants, and is spoken of in hushed, reverent tones. Finding it glatt kosher/mehadrin is even more elusive. Even the name suggests a bit of guilty pleasure. I’m talking, of course, about sinta.

We are all familiar with the fact that kosher meat in North America only comes from the front half of the beef, without going into tremendous detail about the whys and wherefores of this restriction. We have been limited, therefore, to cuts of meat from the shoulder, or chuck, and the front half of the rib section. While this wide variety satiates our appetite for beef, it only amount to half of what is our God-given right to enjoy.

Beyond the thirteenth rib is the primal cut known as the loin. It contains the remainder of the ribs, as well as the beef tenderloin — a small, tapered strip of muscle tucked against the spine of the cow that does almost nothing for the entire life of the animal. The portion towards the back of the primal was the part given to knights and other men of importance, as it contained the tenderest and choicest cuts of meat. Hence the name sirloin. No, really.

Sinta is the same muscle as the ribeye (longissimus dorsi). It has less cover fat, a little less marbling, but it is a tender piece, suitable for grilling and pan roasting. With the bone, it’s known as Kansas City Strip. Boneless, it’s New York Strip.

I chose to roast it whole, for a celebratory Shabbat dinner. This was a rather large piece of meat — longer than my forearm — and it served 13 people with some left over. Let me take you through it. 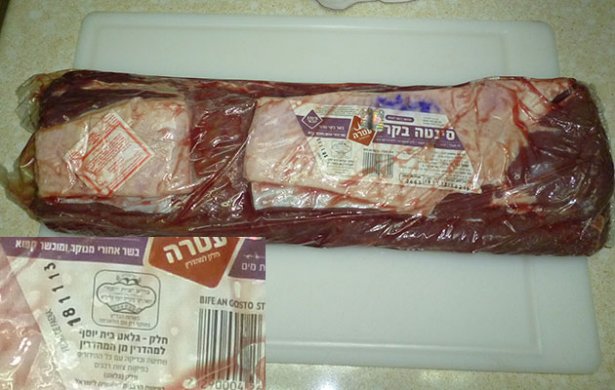 This long, heavy piece of meat came vacuum packed, as Israeli meat is wont to do. They call it "wet aging." I cannot account for the missing strip of fat in the middle. 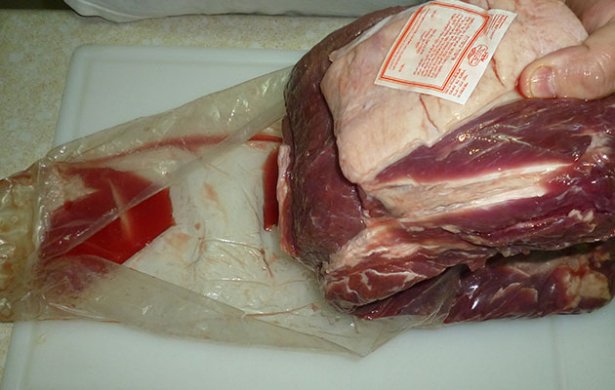 I turned the meat over, slit the plastic lengthwise and peeled out the meat. The plastic went into the trash nice and neat. 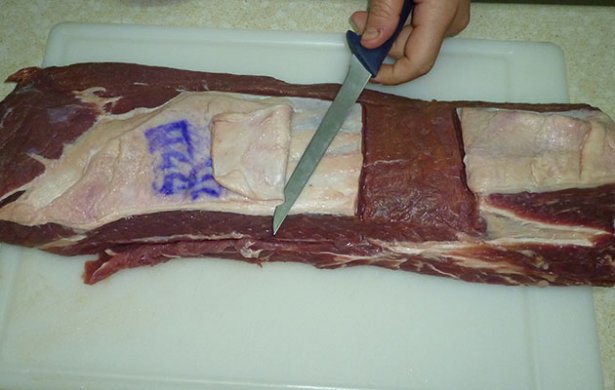 Using a thin, sharp filleting knife, I removed the thin layer of fat from the meat. Strictly speaking I didn't need to , but I was marinating it anyway.

If this was bone in, this strip is where the bones would attach. I removed it for sausages, to neaten the roast. The camera was opposite me; that's why my arm is curved funny. 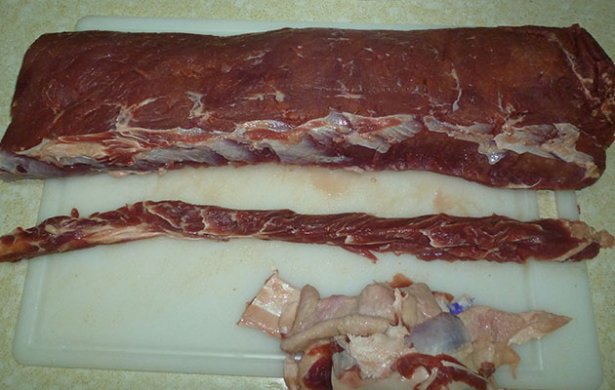 After removing the fat and small strip from the side of the roast, all that was left to do was trim the rest of the roast to make it look neat and even. 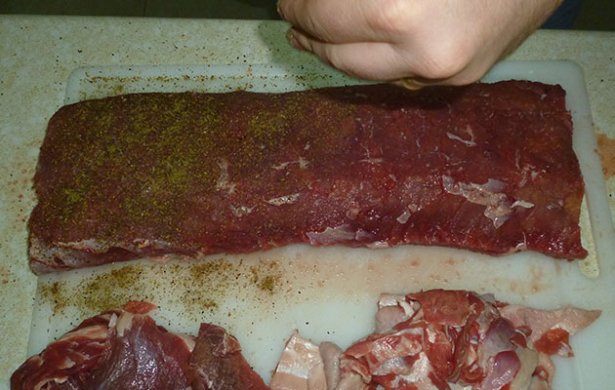 I used my current favorite go-to seasoning, panch phoron. I'm a rebel; I grind it. 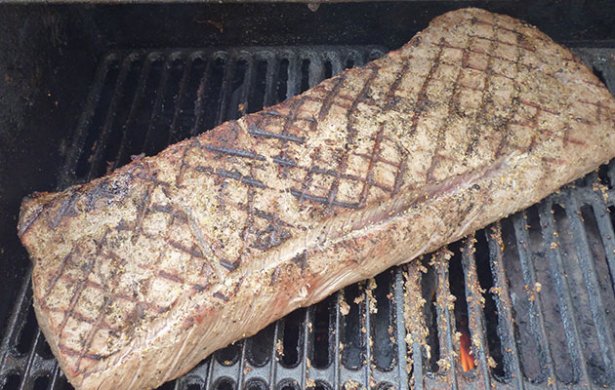 After the roast marinated overnight, I drizzled some olive oil on the meat and grilled it to sear the seasoning and give it some color. I finished the roast in the oven cooking it at 230°C (450°F) for about 20 minutes. 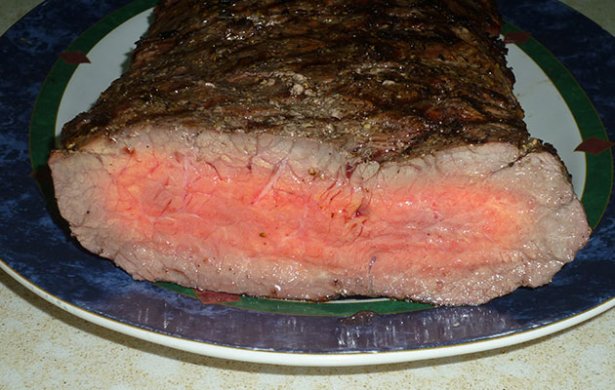 I'll admit that I tweaked the photo a little, but only to show you exactly what it looked like on Shabbat.

2 thoughts on “Preparing and Cooking a #11 Sinta”

"Food should be fun." ― Thomas Keller