In Julie and Julia, our protagonist who has spent the year tackling the recipes in Julia Child’s seminal work Mastering the Art of French Cooking is faced with the daunting task of boning a duck. Through the magic of Hollywood, she manages a picture-perfect rendition of Pâté de Canard en Croûte on her first try.

While Hollywood ducks and cooks might benefit from chef consultants, for the rest of the inhabitants of the planet, let’s take a closer look at what’s involved here.

Boning a duck, or anything for that matter, takes a little patience. The reward is presenting a dish at your table that will be as impressive as it is delicious, and it’ll feed twice as many people as well. And it’ll take you about twenty minutes, thirty if it’s your first time.

There’s really only a minimum of skill involved in boning a duck. Okay, you can stop rolling your eyes now, and allow me to explain. You need to be able to a) scrape meat away from bone; and b) disjoint the wings and legs. That’s the total sum of skill needed. So let’s jump right in, shall we?

Start with the duck breast down, neck facing away from you. 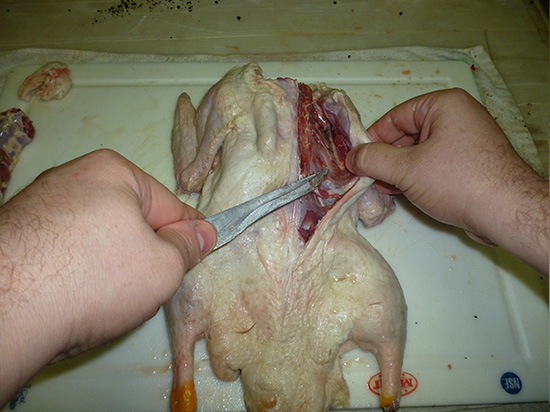 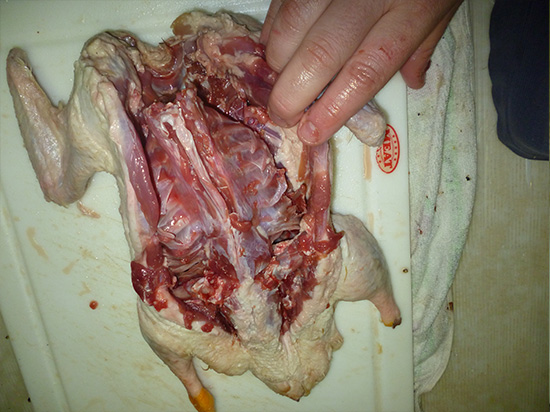 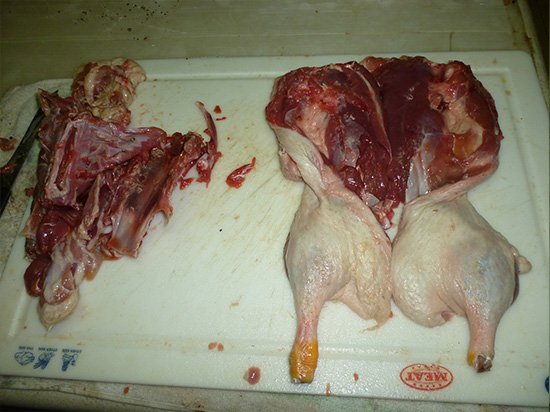 When you're done, you'll have a boned duck and a pile of bones. Boil the bones for stock. Then get ready to stuff the duck. 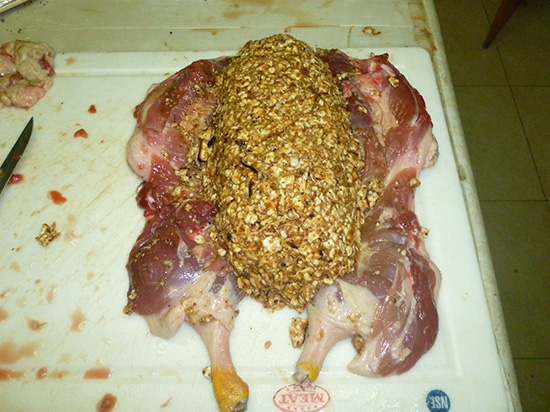 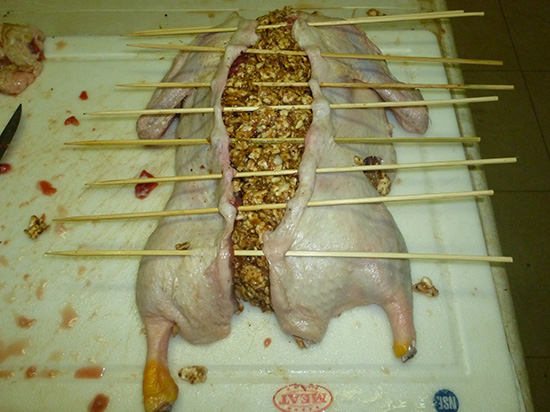 What? No trussing needle? Me either. So instead, I used bamboo skewers, then laced the skewers together. 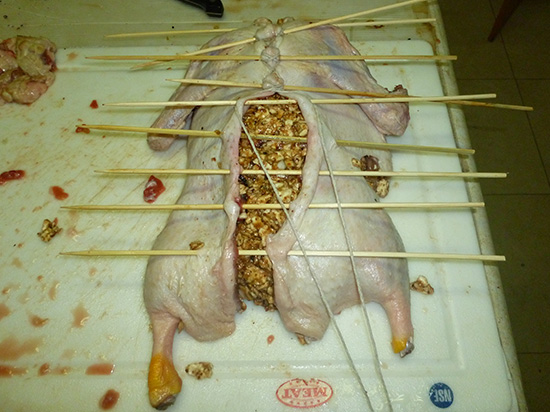 I criss-crossed the twine, tightened the seam, then twisted it back over the skewer. If you're not sure what I mean, watch the video below. 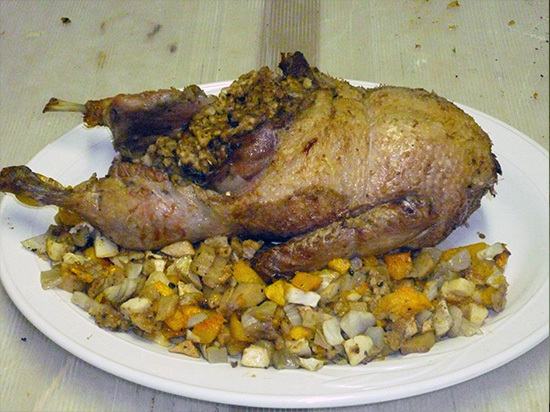 Once roasted, slice the duck crosswise

Just promise me one thing; you won’t use your powers for evil. And by evil I mean turducken.

One thought on “Boning a Duck”

"It is the sauce that distinguishes a good chef. The Saucier is a soloist in the orchestra of a great kitchen." — Fernand Point