Thanks to modern food processing technology, all the fun has been taken out of buying meat. In Israel, as you’re aware, you can buy meat by the numbers. It comes frozen, shrink-wrapped and as uniform as uncloned animals will allow.

As I may have mentioned before, lamb in Israel is more of a conundrum. Out in the hills of Judea where I live, I regularly see flocks of sheep and goats along the sides of the road. A whole lamb forequarter should neither be for a special occasion nor exorbitantly priced when the butcher/packer has to do nothing to it!

Scandalous, I tell you!

A whole roasted lamb shoulder, while a magnificent table showpiece, sometimes needs a little… finesse to make it even more of a stand-out dish. By boning the shoulder you can make a delicious shoulder lamb roast. Here’s how to do it. 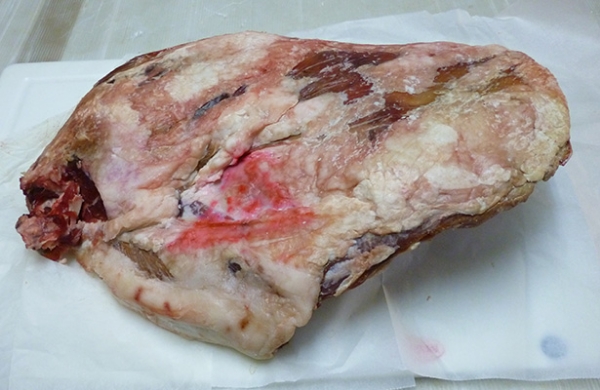 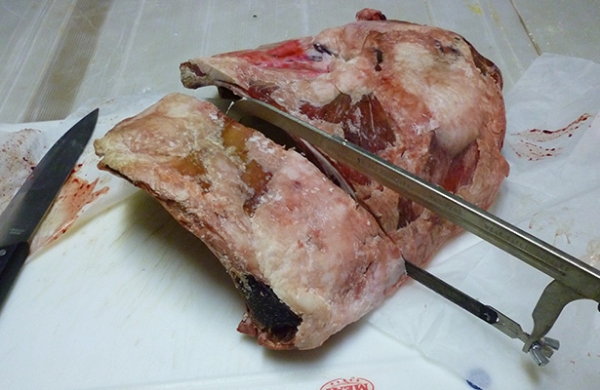 The lamb shoulder typically comes with three or four ribs attached. This one had seven. I used a clean and sterile saw to cut through the chine bones in order to separate the four extra ribs that came on the shoulder. 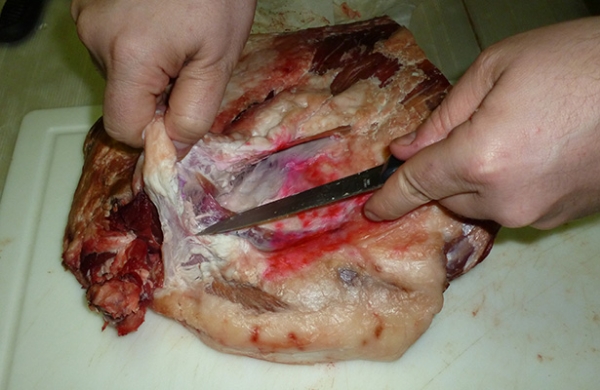 I removed the fat from the outside of the lamb and reserved it for rendering later on. 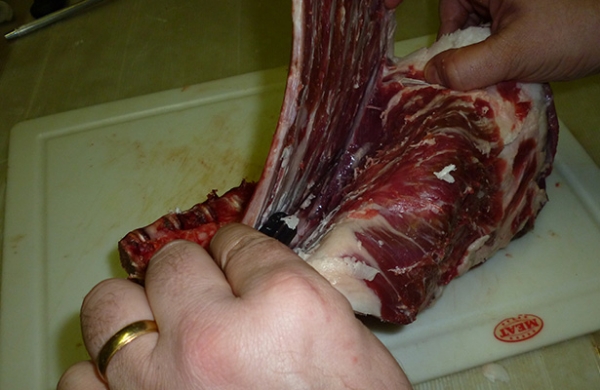 Starting from the bottom edge of the ribs, I slowly worked my knife up and over the curve of the rib bones until I reached the spot where they're attached to the spine. I continuously turned and moved the shoulder to as needed. 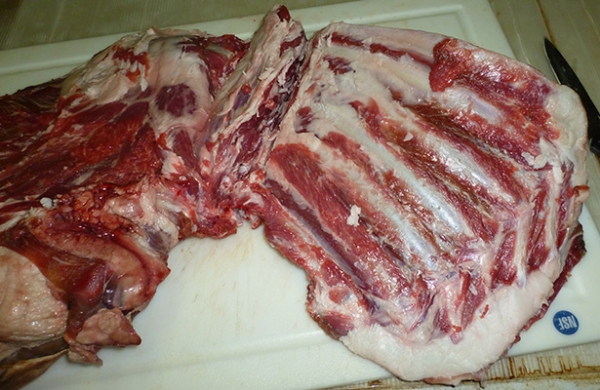 The last step was to cut around the backbones to free all of the bones together.

Exposing The Shoulder and Leg Bones 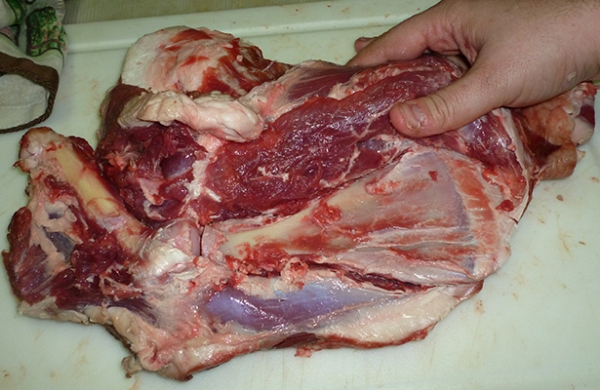 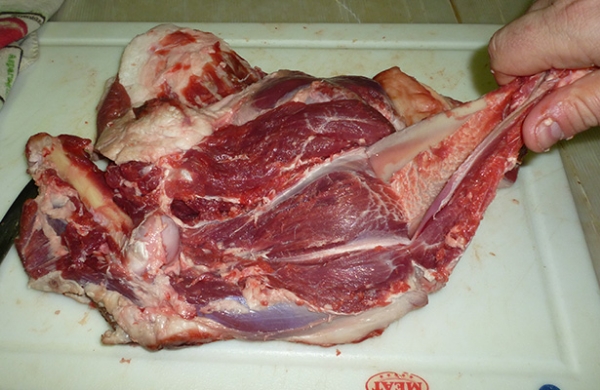 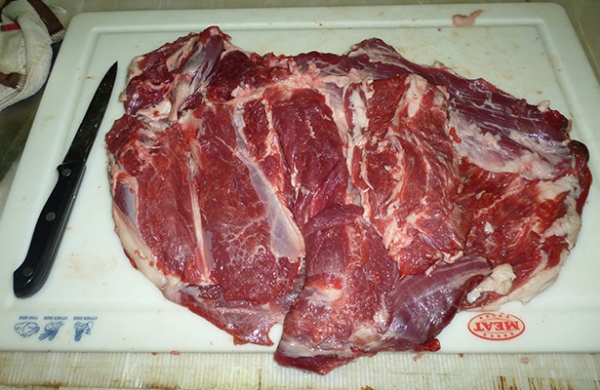 I laid out the full piece of meat to prepare it for seasoning and forming. 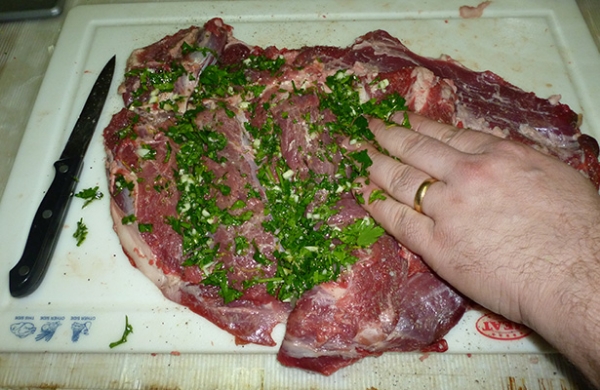 I used a mixture of parsley, garlic, lemon and a little salt and pepper, and spread it over the top (inside) of the meat. 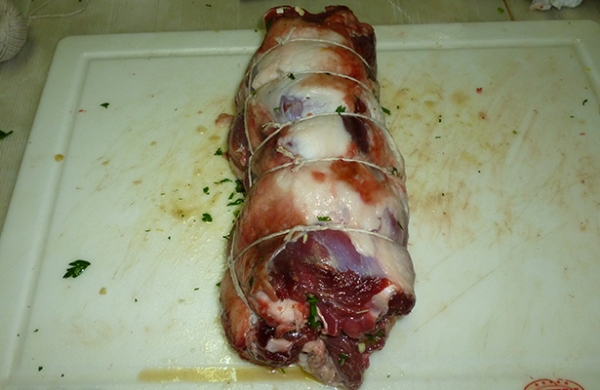 Starting from the bottom, I tightly rolled the meat until I had a long roll, then tied it up. 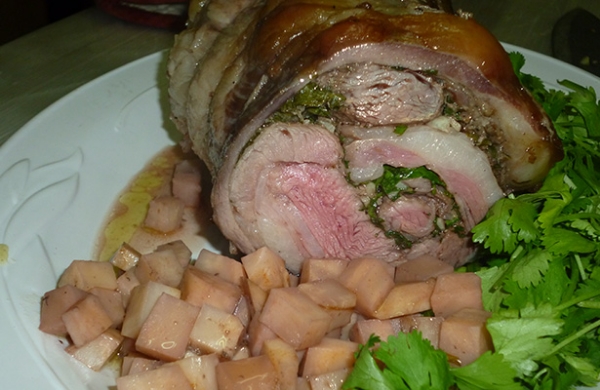 I seasoned it simply, but you can prepare a stuffing and feed twice the number of people.

I’m not going to tell you this is easy; it’s not. You’re taking a fairly expensive piece of meat and hacking it apart, and that takes a little bit of courage as well as know-how. But for those of us who are in the know, the pride we take in our craft can always be tasted in the foods we prepare.

3 thoughts on “Boning a Lamb Shoulder”

"The way you make an omelet reveals your character." ― Anthony Bourdain